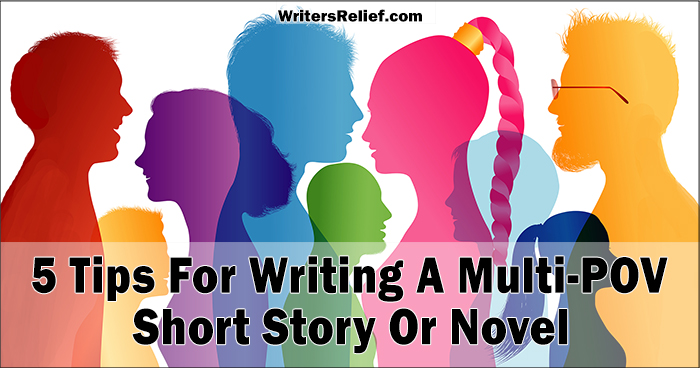 Give each POV character a distinctive voice. Create a strong, unique voice for each of your characters in both dialogue and your narrative. Each character should sound distinct enough that readers can follow who’s who. Creating a full personality for each of your characters will help their voices sound authentic and individual. Need help developing an authentic voice? Read this article for tips on voice from the incomparable Neil Gaiman!

Stick to one POV per chapter or scene. Maintain smooth, clear transitions when switching between POV characters—it can be very jarring for your readers to switch perspectives unexpectedly. You should only switch POVs where it makes logical sense, such as after a scene break or in a new chapter. Many writers choose to have POV characters alternate chapters. Plus, ending on a cliffhanger for one character and then switching to another perspective can be an extremely useful tool in building tension and momentum in your story.

Use the most compelling POV. We wouldn’t recommend writing one scene multiple times from each character’s perspective (although it can be done effectively if handled properly). Of course, more than one POV character may be present, so you’ll have to decide which character should narrate that scene. When pacing the scene, ask yourself: Which character has the most to gain or lose right now, whether emotionally or practically? Will a certain character’s perspective or narrative style make the scene more impactful? If the scene has a certain “big reveal” that you’d like your readers to take away, which character will best get that across? The answers to these questions will help you choose the best narrator for each scene.

Don’t include too many POV characters. Some stories (like George R.R. Martin’s A Song of Ice and Fire series) can use many POV characters to their advantage—but this is the exception, not the rule. In general, multi-POV novels and short stories will have just two or three point-of view characters. Going from one perspective to another to another between too many characters can confuse your readers and make it difficult to follow the plot or feel a rising sense of tension. Trying to write too many POV characters might also stretch your writing skills too thin and not leave you enough time or space to fully develop your characters or the story arc.

Choosing to use a multi-POV structure, though time-consuming and tricky to write, may add a compelling element to your story or novel that will engage your readers and keep them interested. And if your current novel or short story isn’t working, consider the point of view you’ve chosen: A change in characters’ perspectives or switching to a multi-POV format might breathe new life into your work!

Question: What do you think is the hardest part of writing a multi-POV novel or short story?