How will you implement the tips from this post? 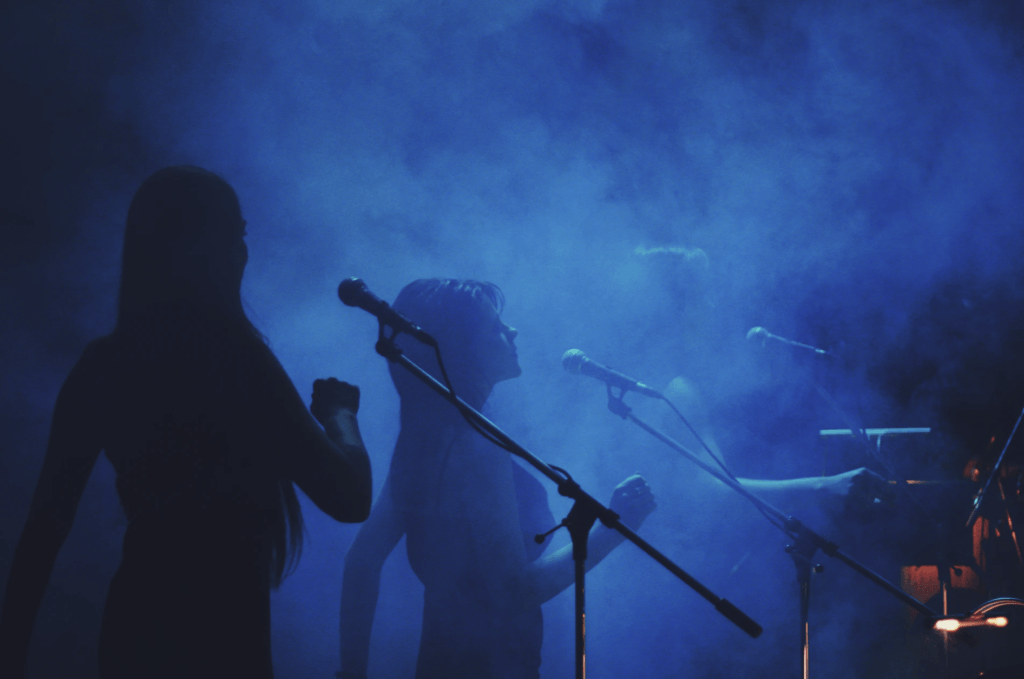 How, on earth, are we to sell anything right now … especially, if what we have to offer is generally considered to be non-essential.

In a recent post, Mark Schaefer suggested we approach our prospects and clients, at this moment in time, as if we were at a funeral. As if everyone were grieving. And that sparked an interesting connection for me: the blues.

For 150 years (at least), blues music has offered joy in the midst of sorrow, love in the midst of loss and hope in the midst of despair. The blues harness a powerful idea I think all of us could use right now. It gives us a heavy dose of reality while clinging to a hope for a better tomorrow.

Follow along now. You’re about to learn a fascinating lesson.

To get us started, let’s time travel back to another turbulent time: 1969.

A Narrative That Earned $20 Million in Six Minutes

As the war in Vietnam peaked, the Nixon Administration sought to cut $20 million in public broadcasting funding to feed the war effort.

The Senate Subcommittee on Communications was charged with holding a hearing in May 1969 to assess the impact of this cut. Senator John Pastore, who had a reputation as a tough, impatient man, chaired the hearing.

Two days into the hearing, a 41-year-old Presbyterian minister who, a year before had begun hosting a national children’s show, spoke to the committee.

He shared stories. He recited lyrics from children’s songs. And he emphasized the importance of helping children navigate everyday situations such as getting haircut, understanding divorce or grieving the loss of a pet.

While mid-sentence, Senator Pastore interrupted, “I’m supposed to be a pretty tough guy and this is the first time I’ve had goosebumps for the last two days.”

In six minutes, that man – Fred Rogers (aka Mister Rogers) – influenced a group of hard-nosed policymakers to approve the $20 million in funding to public broadcasting. And many of us grew up with shows like Mister Rogers’ Neighborhood, Sesame Street, The Joy of Painting with Bob Ross and others, because of this.

When I first saw the video of this hearing on YouTube, I couldn’t help but wonder, “How did he do that?”

At first, I thought it was storytelling — Fred Rogers told a better story. However, over time, I came to realize that he was doing something much more powerful.

He created an open narrative – one others could join and impact – focused on creating a better future for kids.

Which leads to the question, “What is an open narrative and how can we use it right now?”

Narratives and Stories Are Distinct

It’s critically important we don’t confuse stories with narratives. They are distinct in what they are and how they work to influence us.

All stories are narratives. However, not all narratives are stories. Think about it like whiskey. All bourbons are whiskey, but not all whiskeys are bourbon. Other whiskeys include moonshine, Irish whiskey, Scotch, etc. In the same way, stories, whether true or fiction, are one type of narrative, but there are other types, as well.

A story can move us emotionally. It can connect us socially. But it rarely moves us to action on its own.

A story has a beginning and an end. It contains a protagonist and antagonist. And it typically tells about what was.

Stories are great for providing context and connection. But they depend on something else to do their job. They depend on contextual power of narrative.

Unlike a story, a narrative is open-ended. It doesn’t have to resolve itself. And it tells us about what is and what will be.

Stories capture and communicate a moment in time. Narratives create momentum over time. Stories are consumed. Narratives are co-created.

And that’s the secret power of an open narrative. You can’t join a story, but you can join a narrative and impact its outcome, since it is not yet resolved.

Let’s return to 1969. The Apollo space program and the first moon landing are stories we tell today, because they had a beginning and end. But the race to the moon started as an open narrative — it started as a challenge from John F. Kennedy to Americans in 1962. And the country chose to rally behind that narrative and make it a reality.

Wynton Marsalis, the legendary jazz musician and artistic director at Jazz at Lincoln Center, has played in every type of setting with all types of musicians from B.B. King to Itzhak Perlman, Sonny Rollins to Willie Nelson, and Stevie Wonder to Yo Yo Ma.

In his book, Moving to Higher Ground: How Jazz Can Change Your Life

, he writes, “What sorts of songs could all these diverse musicians possibly find to play together” without rehearsal time or organized music?

His answer: the blues.

“The blues is a vaccine,” he writes. “It trains you for life’s challenges by administering a heavy dose of realism.”

The blues hits us between the eyes with our stark reality (what is), while never losing hope and optimism for a better tomorrow (what will be).

I can’t think of anything more needed that that right now, can you?

What the blues does is it presents a story of now, as a micro-narrative. Then it hooks that story into a macro-narrative of hope that carries us into the future.

So what does this mean for us, as professionals trying to sell to others in this tough time?

It’s Time To “Reach for Community”

What future narrative are you now serving today?

How can tomorrow be a little better for us? What opportunities are you seeing? What hope are you holding onto?

Sure, you have to survive. We all do.

Sure, life isn’t fair. We’re all feeling it.

But, in the end, we’re not living merely for survival. We’re not even living for success.

We’re living for significance. We want our lives and work to ultimately matter. We want to contribute to something bigger than ourselves.

One of the serendipitous upsides that’s resulted in much of the world being confined to their homes is that it’s opened up access to people we normally wouldn’t have access to.

I had the unique opportunity to join a Zoom call with Wynton Marsalis, as I’ve worked on this post. So, I asked him, “What do the blues have to teach businesses and workers during this tough time?”

The blues is survival music. The blues won’t put food on the table, but it bonds us together through shared struggle. And shared hope.

Wynton said this is a time we need to rely on the collective wisdom we can only access when we’re connected together in community. No one has the answers, including you and me. But, together, we can find some answers.

This is a time to acknowledge and accept today’s reality, while never losing hope and optimism for tomorrow.

The blues offers resolve. And resolve is what you and I can offer to each other and others right now.

This isn’t the time to sell like we typically have in the past. This is a time to serve one another. It’s time to ask for help and offer help.

So please share in the comments section or on social media: What losses and fears are you facing right now? And what hope are you holding onto for tomorrow?

Keith Reynold Jennings is an executive and writer who serves as vice president of community impact for Jackson Healthcare. He’s also an advisor to goBeyondProfit. Connect with Keith on Twitter and Linkedin.