When Hari Kunzru finished writing Red Pill in early 2020, he had no idea that the summer leading up to its release would see the uprisings that followed Derek Chauvin’s murder of George Floyd and other instances of police brutality against Black people, widespread calls to defund the police, or broader conversations about the history and present-day role of policing in American society.

What if the Reasonable Reaction to the World is Endless Horrified Screaming? 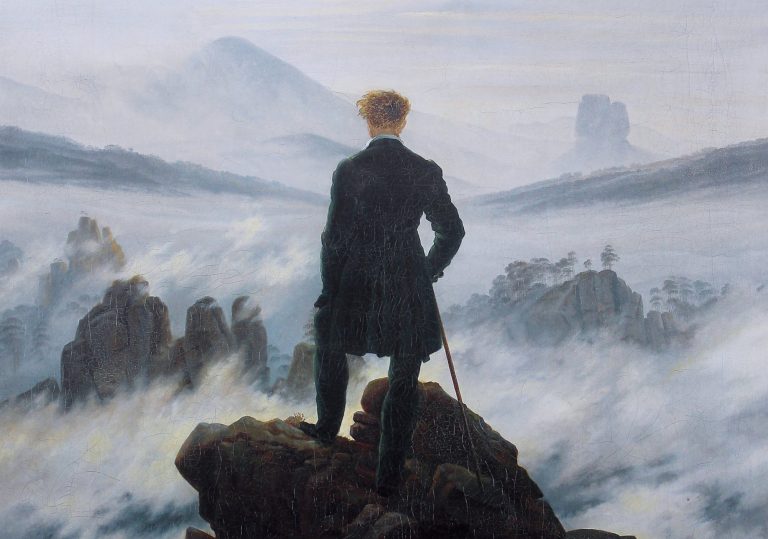 Circumstances have made the fictional police drama Blue Lives that he includes in the novel, and his narrator’s concerns about the cultural power wielded by its alt-right showrunner, all the more prescient.

In the second of my two-part interview with Kunzru (you can read the first part here), we discuss cultural myth-making around state violence, whether TV audiences want police to break the rules, how to effective push back if they do, and the ways in which American policing is and is not unique in the world.

Preety Sidhu: In the wake of the uprisings against police brutality and systemic racism, there’s been renewed criticism of the role of TV procedurals in shaping public perceptions of policing. Your fictional show Blue Lives takes it even farther, showing more extreme brutality than is the norm on American TV. Your narrator becomes convinced that the man behind it has tremendous power to shape the future. How potent do you think this type of cultural myth-making around state violence is?

Hari Kunzru: I think it is quite potent. One thing I wasn’t expecting to feel so very topical was the stuff about Blue Lives. We’ve been living through the most sustained, and actually broadly supported, civil rights movement since the 1960s. I think the vast majority of Americans want to see some sort of change. And it has been interesting to me that there has finally been a focus on the portrayal of law enforcement in television.

In the olden days it was very simple, the copaganda. The noble policeman, the terrible criminal. But we’ve got something very interestingly cynical that has happened. It’s been happening since the 70s. You might point to the Dirty Harry movies and remember Clint Eastwood as a sort of maverick cop in 70s San Francisco. He basically opened the lid on the idea that actually what people want is for the police to break the rules. They want the police to go beyond what they’re allowed to do in order to take revenge or keep us safe. The “us” being a very interestingly defined character. Who is the “us” who is being kept safe and who is the “them” that we are being kept safe from, is the big question in all of these obviously. Culturally, there’s the enduring interest in the lawman who breaks the rules, who goes beyond what’s acceptable and makes himself a kind of terrifying executioner figure. This is where I use this slightly obscure 18th-century character, the Comte de Maistre, who was an ardent opponent of the French Revolution and believed very much in state power. I think he’s very weirdly relevant to this moment.

I mean look at 24. I think for Brown people in America, the success of 24 has been a very weird and troubling thing, amidst its glorification of torture, its contempt for procedure, and its presentation of any kind of oversight as being something that just hampers the movement of justice. So all those kinds of things are in the mix.

There’s also just the straightforward thing about cable TV, you can do more and show more stuff on cable TV. I mean Game of Thrones would look very different had it had to abide by broadcast rules. So there is this edging towards an increasingly graphic portrayal of violence, and particularly torture. And there’s this interest in good characters who represent the law doing bad things, and their suffering from doing bad things. This is the interesting twist on it all, the shows are often very interested in the moral cost to the person who’s committing this violence, because they’re doing it for the “us.”

Yeah, I took this further. And I imagine, what does it actually say? What is the cynicism at the heart of this, about the possibility of having justice without torture and without the use of vigilante violence? And it’s coming really right to the fore. We’re speaking to the events in Kenosha. We see a 17-year-old boy who was apparently very infatuated with the police, and had been trained in some way by his local police force, some sort of course. Then he takes it upon himself to illegally acquire a weapon of war and insert himself into a very tense situation in another town and then—it seems very predictable that that kind of thing would happen. I don’t have particular sympathy for him, but I can understand how those events transpired. I think this culture of Blue Lives Matter, he’s part of that.

PS: I was absolutely thinking of 24 as I read this, because I had watched that when I was around undergrad age, about 15 years ago, and I was a big fan at the time and I did not think very critically about it. If I pull up an episode now, I’m sure that my response would be pretty different. At the time it was quite seductive to see what he’d do for the greater good.

HK: People wanted to have the rebalancing that they felt was not being given them by real life. One of the ideological things these shows do is that they provide a kind of a supplement or substitute for a sense of closure or justice that real life doesn’t give us. Plot always is about the reduction of life’s complexity to a kind of simple structure and, if you plug in this deep desire for justice that people have—you know, off you go.

PS: Given that these narratives are so compelling, do you think that there are effective ways to push back, in a narrative sense or culturally?

HK: The way to push back is to seize control of the means of production. It’s for other people to be allowed to tell stories, for other people to be elbowing their way into the writers’ room, into the director’s chair. It’s great that we’re very, very belatedly seeing a recognition on the cable shows that Black stories are commercial. We have Watchmen and Lovecraft Country. These kinds of shows are turning up, and they’re wildly popular, and they are entertaining, and they center very, very different stories and perspectives than before. I think things are very different from what they were five years ago, in terms of the media landscape. When I look back to the kind of crumbs that we used to be satisfied with—when I was coming up and then in the 90s, we were just super excited if we saw a Brown face or a Black face on the screen.

PS: How do you think the contemporary American attitudes and media messaging about policing that inspired Blue Lives compares to other cultures and time periods you’re familiar with? Is there anything unique in the way that some parts of American society valorize the police these days?

HK: I mean, in every society there is a sort of standard right-wing law-and-order position. The idea of policing by consent, which is supposed to be the foundation of modern civilian policing, is less fictional in some places than it is in others. I think that the two unique American factors which make the situation much more volatile and much more urgent are—one is guns. I mean, just purely and simply police procedures. When the police go to do traffic stop here, they are trained to deal with the possibility that there will be a gun in this situation. Where it just wouldn’t occur to a British cop in a traffic stop that that might be a possibility. It would be a once in a lifetime—I mean many, many British cops will never encounter a person with a gun. Many British cops will never carry a gun. And because there’s so many guns in American life, all situations are potentially situations of armed violence. We’ve all watched endless depressing and sometimes very scary videos of these police stops where people are brutalized and the police are clearly in a sort of trance of tension. It’s very often because they’re extremely afraid and they’ve also been trained to think of themselves as a sort of militarized force. 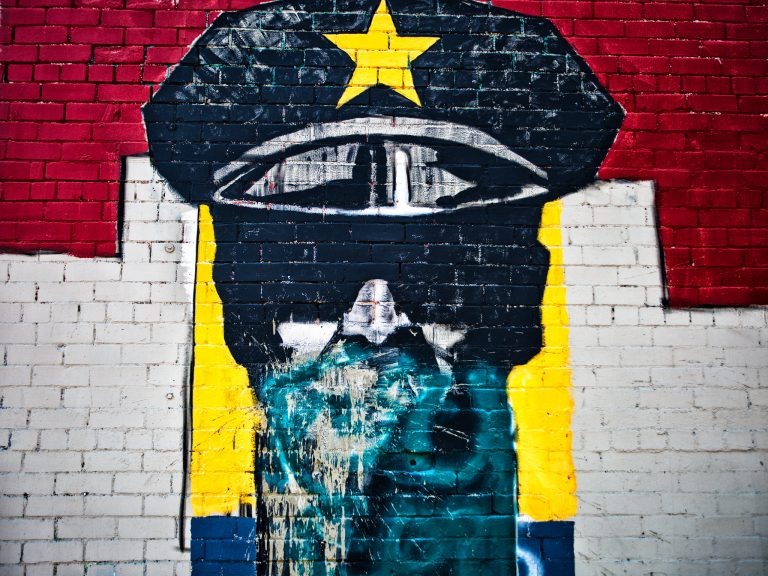 One phrase that keeps coming to mind is “bringing the war back home,” which was associated with the left in the Vietnam era. It was the idea that they would try and make the Vietnam War visible to ordinary Americans as a way of stopping the war. What’s happened since Iraq and Afghanistan, 20 years of these conflicts, is that we’ve got a huge pipeline of veterans and military equipment. The militarization of the police is an important part of this, using people who have a military mindset, who are equipped as soldiers and who treat the streets of the city they’re supposed to be policing as a battle zone. So in a very direct sense, the war has come back home and what we’re seeing right now is partly to do with that.

But if you look further back, I think the second factor that is uniquely American has to do with the history of American police forces as slave patrols. Also, weirdly sort of revenue generating operations, if you look at Ferguson. Part of the roots of the Ferguson uprising, it was that the police gave a lot of quality of life tickets to a mostly Black town. The police, as they do in so many places, didn’t live in Ferguson. They live in white cities neighboring Ferguson. They use jaywalking, broken tail lights, incorrectly stored vehicles on your property. All these things are used to extract revenue from the residents and the police are acting as predators because they’re the only revenue generating operation that Ferguson really had. The city government wasn’t going to run unless they managed to extract a lot of money from people that way.

Of course, we’ve got thousands of different police departments in the U.S. and they have different histories, but to broadly generalize, there’s never been a sense that these police departments grew organically out of the communities they’re policing. There’ve been many attempts in recent years to make them fit better in that way, but the notion of who’s getting protected and who they’re getting protected from is highly racialized, has this particular history, and is only really being interrogated now. I mean the call to defund and abolish police departments seems, I would imagine, almost incomprehensible to a lot of people in other countries. And of course to many white people in America, who imagine that this would mean anarchy. But it makes sense in this history of abolitionist tradition, which is a counter tradition to the tradition which comes out of slavery. So there’s such a particular history of police in the U.S. and it is not a happy one.

PS: Possibly because police appear so embattled here, they may get valorized, as a response from the people who feel they are being protected or they fall in the “us.”