Drop a comment below if you’ve found anything cool for writers! 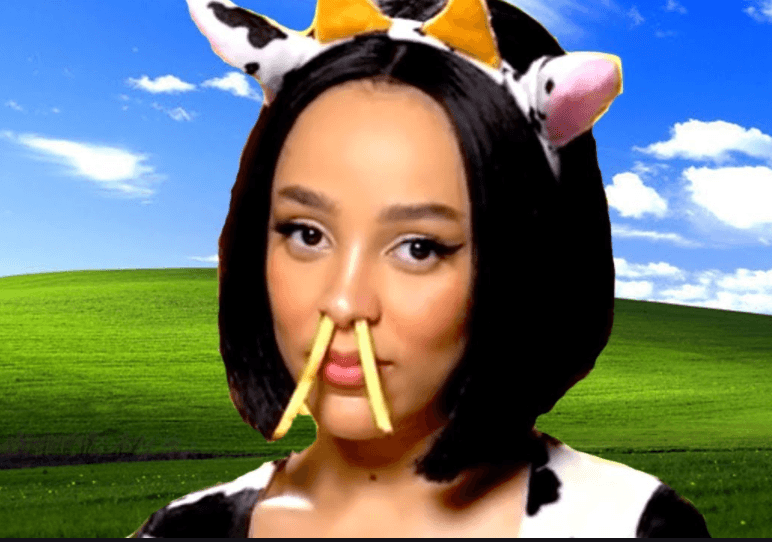 What can famous rappers and pop stars like Lil Nas X, Doja Cat, Lady Gaga, and Eminem teach us about marketing? More than you might think!

When launching a career, digital marketing savvy can prove to be the second-greatest asset of an artist. Maybe the first!

And to stand out from the rest of the Instagram models, you have to innovate. So let’s see what techniques artists on the bleeding edge of notoriety are doing.

1. Zig when others zag

Lil Nas X is famous for last summer’s break out country-rap (AKA hick-hop) hit Old Town Road. Although Lil Nas X was likely a better rapper than country singer, he realized that the competition was less fierce on SoundCloud and iTune’s country music channels. 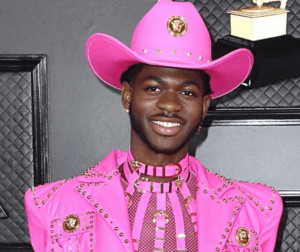 So he wrote a song that sounded a bit like it could be country, gave it a rustic title, and listed it on the country charts on both platforms.

Then he kicked into high gear on Twitter, Instagram, and especially Tik Tok. He would post short clips of the song tailored to the people he was trying to reach. A country star could get tagged in a twang-y verse and a rap artist might hear his most impressive rhymes.

As Mark Schaefer has written, winning the war for attention is about non-conformity, not conformity!

But this innovation came with a cost.

Lil Nas X was harshly criticized for co-opting another genre. Billboard Music even removed his song from the Country Music charts when it began a rapid ascent. But despite all the hate he gets–much of it racially charged–no one can deny that his system worked. Old Town Road was #1 on Billboard’s Top 100 chart shortly after, and it was there for five weeks.

But before anyone should criticize Lil Nas X, remember that this has been a proven strategy time and again in the business world. Many entrepreneurs and businesses achieve success by carefully looking at the rules and standards of their industry — and then finding a way around them.

This year, medical doctors completing their residency will have gone to school for fewer years than Eminem has been making rap albums. It’s possible that his CD was playing when their parents drove them to kindergarten. But Eminem’s most enduring lyric is from early in his career from the 2002 song “Lose Yourself.”

His palms are sweaty, knees weak, arms are heavy
There’s vomit on his sweater already, mom’s spaghetti
He’s nervous, but on the surface he looks calm and ready 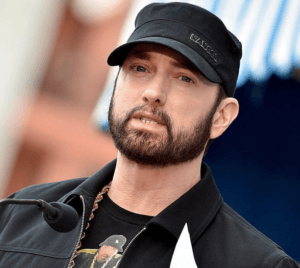 This scene has been parodied again and again with visuals from Eminem’s autobiographical movie, 8 Mile. But his decision to get on stage after throwing up from nerves was undoubtedly his career’s turning point. And being willing to risk it all — including potential humiliation in front of one’s greatest heroes — remains good advice.

While fighting embarrassment for the right opportunity is a theme throughout his work, Eminem also gives a surprising amount of additional advice to artists on his 2013 song, Rap God. I won’t link to this video because if it were bleeped to be work safe, it would sound like a test of the Emergency Broadcast System. But here are a few takeaways:

Eminem has always been self-deprecating. A common theme to insults directed at him is similar, but flipped, to insults levied at Lil Nas X: Eminem is a white guy in the rap world. So Eminem disarms those who would attack him by preemptively outwitting them.

The way I’m racin’ around the track, call me NASCAR, NASCAR
Dale Earnhardt of the trailer park, the White Trash God

Later in the song he also more directly says: “so that anything you say is ricochetin’ off of me and it’ll glue to you and…”

I’ll bring up more advice from Rap God as it becomes relevant to other star’s techniques. 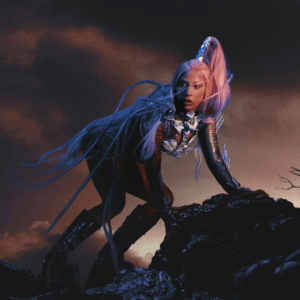 Lady Gaga has a fiercely loyal group of fans she calls her “Little Monsters.” Part of this loyalty is undoubtedly because Lady Gaga preaches acceptance and appeals to LGBTQ+ youth during difficult years of self-discovery. But the love of her fans actually transcends that. Lady Gaga loves her Little Monsters back.

I won’t delve too much into this phenomenon because there’s an excellent book that outlines her strategies. Jackie Huba’s Monster Loyalty

is a must-read for anyone considering building an online community. While this book is now seven years old, the message that the Golden Rule applies doubly in online communities will remain timeless.

Lyrics from Rap God that support the importance of fan validation:

It’s me, my honesty’s brutal
But it’s honestly futile if I don’t utilize what I do though
For good at least once in a while
So I wanna make sure somewhere in this chicken scratch I scribble and doodle enough rhymes
To maybe try to help get some people through tough times

I’m devastating, more than ever demonstrating
How to give a [BLEEP] audience a feeling like it’s levitating
Never fading, and I know the haters are forever waiting
For the day that they can say I fell off, they’ll be celebrating
‘Cause I know the way to get ’em motivated
I make elevating music

When I ran a video chat community, the now-famous singer Doja Cat ran in similar circles, trying to spread her music through online video. She wasn’t always well-received. One time I broke into a conversation to protest that insults regarding her attention-seeking behavior had gone too far. To prove his point, someone played a YouTube video called Mooo! (be warned: this music video features suggestive content) 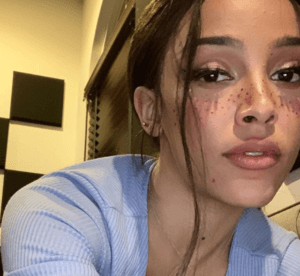 Doja Cat put out Mooo! in 2018 when she was first gaining steam. It’s silly to the point of self-parody. Doja Cat sings about how she’s a cow. She wears Holstein-printed short shorts. She dances in front of a green screen playing indecent anime clips and even sticks french fries in her nose.

I thought she was a genius. Say what you want about taste, this is the kind of video that the Internet loves to hate but secretly adores as it gets watched over and over — has 72 million views.

Doja Cat leveraged Tik Tok to get her music heard. Like parody rapper Lil Dicky, who has his own TV show these days, she wasn’t afraid to be ridiculed. Doja Cat knew what her audience liked and realized that video was her medium before Tik Tok was a thing. Once her platform appeared, Doja’s fame skyrocketed.

Again, Doja Cat is not the only one to conclude that a lot of success is tied to losing one’s fear of embarrassment.

Reid Hoffman, founder of LinkedIn, has famously said, “If you’re not embarrassed by the first version of your product, you’ve launched too late” Steve Jobs cited his cancer diagnosis and subsequent forced-memento mori musings as the catalyst for giving up his fear of embarrassment.

Rap God’s weigh-in on the importance of being bold, innovating, and taking risks:

You’re stuck in a time warp from 2004 though
And I don’t know what the [BLEEP] that you rhyme for
You’re pointless as Rapunzel with [BLEEP] cornrows
You write normal? [BLEEP] being normal!
And I just bought a new raygun from the future
Just to come and shoot ya

Everybody wants the key and the secret to rap immortality like I have got
Well, to be truthful the blueprint’s
Simply rage and youthful exuberance
Everybody loves to root for a nuisance
Hit the Earth like an asteroid
Did nothing but shoot for the Moon since (Pew!)

So learn to take advantage of hidden opportunities. Quash your fear of external judgment. Ward off criticism by being wittier than those who would try to insult you. Embrace your supporters.

Maybe there’s a lot that marketers can learn from pop stars. Just remember, it’s okay to skip the meat dress.

Kiki Schirr is a freelance marketer who reads too much into rap lyrics. She is the former founder and CEO of a small video chat company that really should have hung around for the shelter-in-place era. Maybe Eminem would advised her differently. Kiki is most easily reached via Twitter.