A Win for the Oxford Comma: This Lawsuit Shows Why It’s So Important

Who cares about the Oxford comma?

The answer historically has been grammar nerds, Strunk & White and those who follow the infamous Chicago vs. AP writing style guide debate.

After this lawsuit a few years ago, we added dairy driver to the list.

That’s because an appellate court ruled in favor of Maine dairy drivers in a labor dispute that hinged on the oft-debated piece of punctuation.

For anyone who’s ever wondered what all the fuss is about over Oxford commas, the circuit judge’s 2017 opinion says it all: “For want of a comma, we have this case.”

What is the Oxford comma or the serial comma?

For those in need of a grammar rules refresh, here’s a quick overview of the Oxford comma.

Sometimes called the serial comma, the Oxford comma is a comma placed between the last two items in a series of three or more.

For example, the Oxford comma falls after “hat” in this sentence:

“She wore a jacket, hat, and mittens.”

While some writing style guides do not use the Oxford comma, supporters say it’s necessary to avoid potential ambiguity. And if there’s one thing writers can agree on, it’s the importance of clarity. In some cases, an extra comma matters.

Does AP style use the Oxford comma?

The short answer: No.

Many writers, including journalists, live by the Associated Press stylebook. AP style does not use Oxford commas.

However, Chicago style does require Oxford commas. That’s the Chicago Manual of Style, which is commonly used by book publishers, academics and trade publications.

So the decision about whether to use an Oxford comma relies on what type of writing you’re doing, and which style guide applies to that project.

Here’s an example of a sentence with the Oxford comma: “I admire my parents, Gandhi, and Mother Teresa.”

It’s clear in this example that I admire my parents, as well as Gandhi and Mother Teresa.

It was precisely this type of ambiguity that led to the Maine case with the dairy farmers — the oxford comma lawsuit.

The Oxford comma debate, and a $10 million comma

In this class action lawsuit, drivers for Oakhurst Dairy sued the company over its failure to grant them overtime pay.

Workers in Maine are entitled to 1.5 times their normal pay for hours worked over 40 per week, according to state law. However, there are exemptions to this rule. Specifically, the law states, companies don’t have to pay overtime for the following activities:

Note the end of the opening line, where there is no comma before the “or.”

Oakhurst Dairy argued its drivers did not qualify for overtime because they engage in distribution, and the spirit of the law intended to list “packing for shipment” and “distribution” as two separate exempt activities.

However, the drivers argued the letter of the law said no such thing. Without that telltale Oxford comma, the law could be read to exclude only packing — whether it was packing for shipment or packing for distribution. Distribution by itself, in this case, would not be exempt.

Without that comma, as the judge maintained, this distinction was not clear-cut:

As a result, the court found in favor of the drivers, costing the dairy an estimated $10 million.

Comma rules: To comma, or not to comma? 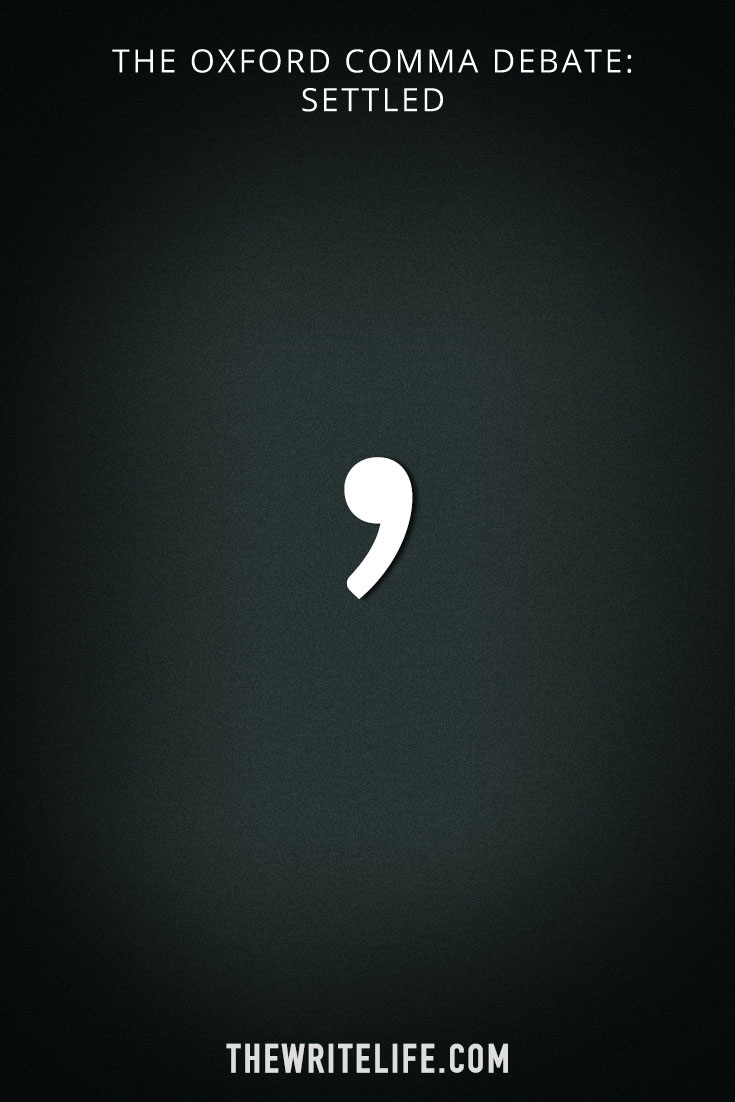 As a diehard Oxford comma loyalist, this ruling made my day.

While many of the sites I write for as a freelance blogger follow AP style (including this one), which is sans-serial comma, I still sneak one in when it seems needed to avoid confusion. This case backs up that habit as more than just an old-school tic I haven’t yet let go.

While the debate may still rage on over whether Oxford commas are necessary all the time, this ruling upholds the practice of using them when they’re essential to ward off ambiguity.

So, who care about the Oxford comma? The answer, according to the courts, is officially: anyone who’s interested in clarity.

This is an updated version of a story that was previously published. We update our posts as often as possible to ensure they’re useful for our readers.

The post A Win for the Oxford Comma: This Lawsuit Shows Why It’s So Important appeared first on The Write Life.