9 Books That Should Be Adapted as Video Games

With the success of Netflix’s adaptation of The Witcher, viewers are scrambling to read Andrzej Sapkowski’s series of Witcher books and play CD Projekt Red’s series of Witcher games. As an avid reader, avid gamer, practicing witch, and huge nerd, this is all very relevant to my interests.

In an article on how “The Witcher proves games should adapt books more often,” Malindy Hetfeld points out many reasons literature can make for successful game adaptations—not least of which is that when adapting a book, “developers get to create a visual identity” without firmly preconceived notions about characters’ appearances. As a reader, I certainly have lots of ideas about what my most beloved characters look like—but I’m also open to different interpretations.

These atmospheric stories let you control the action, the dialogue, and sometimes the plot

These atmospheric stories let you control the action, the dialogue, and sometimes the plot 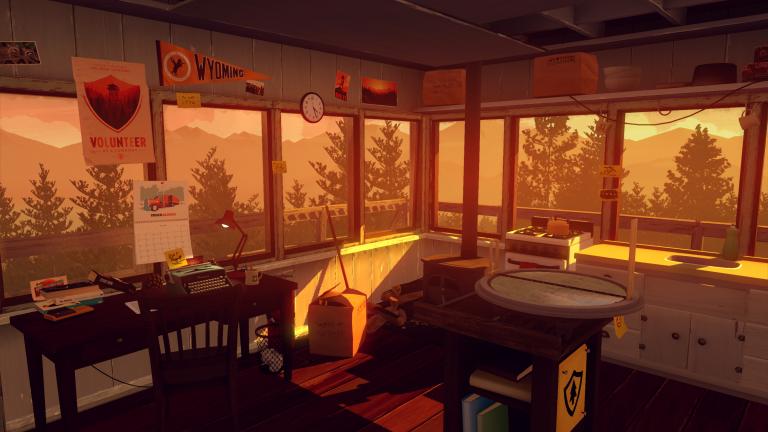 I’ve inhabited so many stories as text that would translate beautifully into an interactive digital platform, and while reading Hetfeld’s article, I couldn’t help thinking about the many books I want to play as videogames. There are too many to list comprehensively, but here are 9 books I would like to play as games right now. If you’re an indie game company looking for a Witcher-sized success, you could do worse than adapting one of these books.

Gideon the Ninth by Tamsyn Muir

At an airport Hudson News, I saw the blurb “lesbian necromancers explore a haunted gothic palace in space” and immediately pulled out my wallet. A swordswoman bound to serve her necromancer childhood nemesis, Gideon is a character I want to play games as, write articles about, and be best friends with. In this universe, necromancers can manipulate bones, turning even tiny bone particles into full skeletal constructs, and control them. It is a cool-ass set of powers. Gideon and her necromancer, Harrowhark, fight murderous skeletal constructs, unravel mysteries, and solve puzzles. My Gideon the Ninth gameplay fantasy involves alternating player perspectives—fighting as Gideon and necromancing as Harrowhark—while exploring said haunted space castle, creating bone monsters, and seducing other necromancers. Honestly, what other game would I ever want to play? I am actually furious that I can’t play this right now.

Children of Blood and Bone by Tomi Adeyemi

In Orïsha, everyone is either a divîner—someone with the capacity to work magic—or a non-magical kosidán. Magic has been banished from the land, many of its divîners killed and its surviving divîners oppressed. Heroine Zélie Adebola unwittingly assists a princess, and finds herself on an epic journey to restore magic to Orïsha and defeat the monarchy. Many elements of this book would lend themselves brilliantly to a game—the vibrant magical powers, artifact collection quests, aquatic arena games, and even fantasy cats—yes, fantasy cats. When asked about her world-building approach in an interview, Adeyemi said (among other things), “If I want my character to ride a lion, then it would make sense to have other fantasy jungle cats—which means there’s probably a fantasy cheetah, a fantasy panther…Then you think about our real world, how you have methods of transportation but then you also have nicer methods of transportation—so which of these cats is like having a Ferrari, which part of society has that?” Even in a game whose primary questline would be something world-changing like “restore magic,” what could be a better side quest than “ride every cat”?

The Power by Naomi Alderman

In a world where women mysteriously develop the power to channel electricity, the tables of power and patriarchy turn pretty quickly. This could be a pretty cool first-person shooter (like, electricity shooter), the player a woman developing her powers. With generous helpings of moral ambiguity, this story could be a strong contender for a game where choices matter. Choosing whether or not to kill an NPC, what to say in a dialogue tree, or how to level up your powers could critically affect the game’s outcome.

The basic premise is that you’re a cat, with wings. This could play like a classic flight simulator, but cuter and therefore better.

This shared universe urban fantasy series takes place in a dystopian city between the Elflands and the modern human world. In the liminal metropolis of Bordertown, neither magic nor technology functions as expected. Runaways (human and otherwise) flock to the city; artists and cool outfits abound. The series comprises anthologies and novels by SF&F heavyweights and cult favorites alike, including Neil Gaiman, Jane Yolen, Charles de Lint, Nalo Hopkinson, and Holly Black. Bordertown has already spawned a text-based role-playing game, but no videogames—yet. I’m imagining an MMORPG with elaborate character customization, a first-wave goth soundtrack (the original anthology was published in 1986), and a lot of gritty NPCs selling mystical herbage. Please, give me this game.

The Changeling by Victor LaValle

I’m a lifelong sucker for stories about changelings, and Victor LaValle’s 2017 novel is one of the best. Protagonist Apollo Kagwa’s wife vanishes after seemingly committing a horrifically violent act, and Apollo searches for her through the enchanted landscapes of New York City. The novel is both fairy tale and horror, occupying spaces both familiar and surreal. As a story-driven adventure game, players could explore the city as Apollo, examining their surroundings for leads (starting with a mysterious box of memorabilia from Apollo’s missing father), talking to other characters for information, using that information to solve puzzles, and determining where to travel. The Changeling is full of breathtaking, eerie settings—including bookstores, rivers, forests, subways, and cemeteries—that could balance its haunting story with a rich interactive environment.

The Diamond Age: or, A Young Lady’s Illustrated Primer by Neal Stephenson

Do you like technologically mystical books-within-books (or in this case, books-within-games) that give you life advice? Do you also love oligarchal Neo-Victorian societies and the possibility of having a gun embedded in your skull? Okay, maybe you don’t love those, but you have to admit they are all potentially solid components of a game. Stephenson’s Diamond Age envisions a world revolutionized by molecular nanotechnology, where society is divided into “phyles” (social tribes) rather than nations. The story follows Nell, a girl so low-born that she doesn’t even have a phyle, who comes into possession of a stolen, interactive nanotech book—the Young Lady’s Illustrated Primer—designed by and for the wealthy Neo-Victorians. For a novel (The Diamond Age) that’s already based around interactive technology (the Primer), videogame adaptation feels as natural as a story about nanotech could feel. With questlines driven by an in-game guide (and perhaps unlocked by solving in-Primer programming puzzles), a protagonist maneuvering between phyles, and threats both physical and psychological, I’d love to inhabit this postcyberpunk universe interactively—as long as I had the safety of a screen between myself and the horrors of aristocratic oligarchy.

A review described this novel as reading “like a dispatch from a world lodged somewhere between science fiction, myth, and a video game”—so clearly, I’m not the only one who can see Borne in the interactive digital realm. The story of a scavenger, a giant flying bear, genetically engineered creatures, and the ravages of a sinister entity called “the Company,” I would play any game set in this world. The Company is so creepy, so mysterious, it’s the perfect villainous megalith (in the context of game aesthetics, it might look something like the Institute in Fallout 4). With nature bubbling up over technological ruins and an abundance of mutated creatures, I can’t imagine a better dystopia in which to run around and scavenge biotech.

The Blondes by Emily Schultz

A rabies-like virus affecting only blonde women sweeps the world. I can imagine game adaptation of this novel being something like Left 4 Dead, with the option to play either as non-blonde survivors, or as rabid blondes intent on killing people. I could also imagine a tower defense game where protagonist Hazel Hayes and the wife of the man with whom she had an affair protect their cabin from rampaging blonde women. I could also see The Blondes as a plague simulator, where you’re some kind of megalomaniacal god trying to spread Blonde rabies throughout the world. Maybe a minigame within the plague simulator where you can design your own blonde? So many options! The Blondes: Left 4 Blonde. The Blondes: Rural Cabin Defense. The Blondes: Plague Simulator. Better yet, let me play them all.

The post 9 Books That Should Be Adapted as Video Games appeared first on Electric Literature.