What’s the most interesting marketing tip you’ve found from this post?

When I tackled writing my first mystery two years ago, I was shocked at how different the process was from writing a general thriller. Even though I’d already published six novels, I was surprised at how much preparation and planning writing a detective story took. 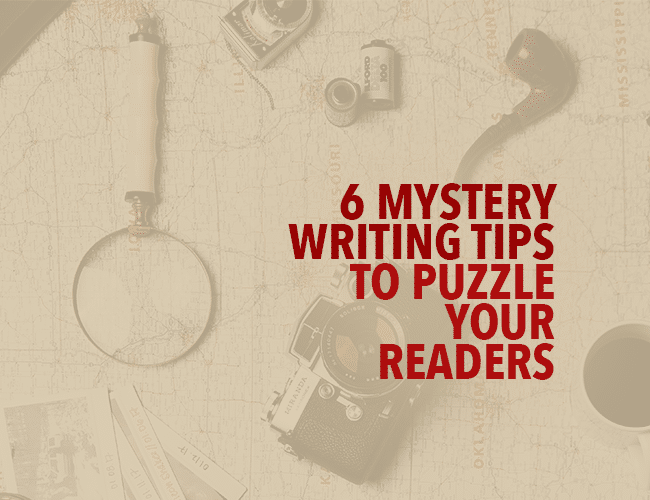 Fight, the third novel in my detective series, The Adventures of Watkins and Howe, was published just last week.

The series centers on Monetta “Moe” Watkins, a private detective who can relive people’s memories, and Stacie Howe, an ex-child actress who works as Moe’s partner. In the third installment of the Adventures of Watkins and Howe, Moe and Stacie look for evidence that will free an innocent man from prison.

You can get a copy of Fight here on Amazon.

What did it take to write Fight—and for that matter, every Watkins and Howe novel? I learned a lot through trial and error. Now, I’ve honed my process so I can write better mysteries with fewer drafts.

For those thinking about or struggling to finish a mystery, here are six mystery writing tips I had to learn that I wish someone had told me.

1. Know Who the Killer Is

I’m a big fan of letting a story develop as I write. While I start with a spreadsheet of all the beats of the story (in Google Sheets or Microsoft Excel), I let those beats change and morph as I write. The story I end up with rarely represents the spreadsheet I started with.

At the same time, detective novels are different than other stories. Because mysteries require us to lay out clues for the reader, it’s imperative that we know who the killer is before we begin writing.

2. Create a Cast of Suspects

One of my favorite things about great mysteries is the cast of potential perpetrators. Mysteries give us a fantastic canvas to paint wonderfully interesting characters on.

The recent movie Knives Out is an amazing example of this. At the beginning of the movie we are introduced to nine different suspects, each one quirky, extravagant, unique, and capable of committing the crime.

In Fight, my murder victim is a real estate mogul, and there are seven suspects who potentially killed him: two physical therapists who gave false testimony at the trial, the victim’s wife and business partner, the southern belle receptionist, the two cops that made the initial arrest, and the victim’s uber-wealthy best friend. I had a fantastic time giving diverse and fun personalities to each one.

As a mystery reader I can testify that part of the fun is figuring out whodunnit. There are few things I hate more as a reader than a last-chapter suspect. It’s not fair to introduce the killer in the final third of the book.

When I’m reading a mystery, I’m playing detective. If a writer ruins my investigation by presenting new suspects at the end of the story, I feel cheated.

When we are writing a mystery, it’s important to lay out for our readers their options.

The movie The Usual Suspects does an amazing job of this. One of the first things that happens in the mystery is the “gang” is introduced. We are given all the possible suspects in the first twenty-minutes. Even though there is a massive twist at the end, it doesn’t introduce a new character from the void.

As writers, if we want our readers to love our mysteries, we need to present to them all the potential suspects early in the book so they can play detective and try to solve the story.

As important as “who did it?” is “why did they do it?” It isn’t enough to have a wonderful cast of suspects. Each suspect needs their own motive.

When I was writing Fight, this was one of the most difficult parts for me. I knew the characters I wanted to introduce. I knew how I wanted their personalities to vary and how I wanted them each to be introduced. What I wasn’t sure of is why each one would want to kill Charlie, the real estate mogul.

In the first draft of the novel, this was painfully obvious. Not knowing my suspects’ motives forced multiple rewrites.

By the final version, I had everything figured out. But you can avoid my pain if you figure out the motives of each suspect before you get too deep into the manuscript.

5. Make a Chart of Your Clues

Knocking out the first draft of a novel usually takes me three to four months. Over that extended period of time, it’s easy to lose track of the details I’ve written. This problem is exasperated when we are writing a mystery because our readers, who are playing detective, are paying closer attention to the details of the story than typical readers.

By the end of my first draft, this sheet allows me to see the journey I’ve taken the reader on and if it makes sense.

6. Let Yourself Be Surprised

Even with all the planning and preparation I’ve mentioned in this article, when I was writing Fight, two-thirds of the way through the first draft, my killer changed. Even though I’d planned for Suspect A to be the killer, in the middle of writing Chapter 20 it just made sense to me that Suspect B was the actual killer. I went back to my chart, and the change worked, so I went with it.

It’s important to let ourselves be surprised as we write. If we are surprised by the story, our readers will be too. While we work through our plans and chart our clues, it’s good to be flexible and change course if it is going to make for a better story.

Discover the Secrets of Mystery

I’ve been writing thrillers for several years, so I knew how to write a book. But mysteries were an exciting new genre with some similarities, but many opportunities for clever twists.

Those are the things I wished I had known before I started writing mysteries. It took some trial and error to figure them out, but now that I have, I find them great fun to write.

Put these mystery writing tips to the test, and I hope you’ll have fun with them, too.

Want to see these tips in action? Pick up your copy of Fight by Jeff Elkins and play detective alongside Moe and Stacie. Buy Fight here »

Do you write mysteries? What mystery writing tips do you recommend? Let us know in the comments.

Now it’s your turn to try your hand at mystery. There’s a body on the floor and three potential suspects.

What’s the cause of death? Who are these suspects? How are they connected to the victim, and what motive might they have? And whodunnit?

Take fifteen minutes to plan out your mystery (start a spreadsheet if you want!). Then, share your whodunnit in the comments section so we can all puzzle over it. Don’t forget to leave feedback for your fellow detectives—I mean, writers—too!

The post 6 Mystery Writing Tips to Puzzle Your Readers appeared first on The Write Practice.